Is the rise in contactless cards use killing off cash?

The UK Card Association revealed that more than one billion contactless transactions were carried out in the UK last year. The research also shows that around one in thirteen purchases are made on contactless, but this massively increased to one in eight purchases throughout December.

It is currently estimated that more than half of the nation’s debit and credit cards are fitted with the contactless function which explains why the technology has seen a huge rise in popularity, with more money being spent via contactless last year than in the previous seven years combined.

One f the most common ways Brits like to use contactless technology is on the London underground where more than a million journeys are funded this way every single day. Transport for London (TFL) claim to be the first transport authority to introduce contactless ticketing.

Shoppers can use contactless to pay for purchases of £30 or less by simply holding their card near a compatible sensor. No PIN is required, making it super quick, easy and convenient for retailer and consumer. So will contactless eventually replace the need for loose change? Will it gradually replace cash altogether? Let’s look at some facts about the UK’s current favourite payment method…

•The spend limit was set at £20 until September 2015, when it was increased by £10. We’re keen to see if the surge in contactless payments will encourage banks to increase it further.
•In France, the limit is €25 (£18), In Canada it is set to $100 (£48) and in Australia it is limited to $100 (£45).
•A similar technology makes it possible to pay with contactless for goods using connected smartphones, watches and keyfobs.
•£7.7billion was spent on contactless cards in the UK through 1.05 billion transactions last year.

Each contactless card has a built in security checker which requires manual PIN entry after multiple contactless purchases in order to verify the card user as genuine.

The consumer group, Which? recognise that although risks are low, a person could potentially fall victim to their card details being lifted if a fraudster stood in close enough proximity to commit this type of offence. Which? have advised consumers to protect their card details by wrapping the card in tin foil or placing it in a special foil-lined wallet. 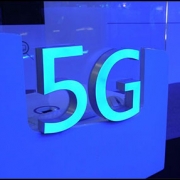 Tech giant, Google, is in the process of developing superfast 5G networks, powered by drones. The project, dubbed SkyBender, is under trial in New Mexico at the Spaceport America centre. If successful, this could mean data speeds that run 40 times faster than the current maximum 4G speeds available on smartphones.

The new 5G network will operate via millimetre-wave radio transmissions, which deliver ultrafast speeds but this is at the expense of a very short distance range in comparison to 4G broadcast. Google is experimenting with complex and powerful technologies to boost the 5G range of its drones and will also work on the fact that bad weather is currently interferring with the signals.

The advantage of this technology would be access to a whole new blank canvas cellphone spectrum because the existing spectrum is overcrowded and will not allow for much more expansion.

Google is not the first organisation to test out the use of millimetre wave technology and drones. In 2014, the research department of the US military generated a fleet of drones which were able to provide one gigabit per second communications for their troops in remote areas.

The end goal of this SkyBender project is to deliver thousands of high altitude self-flying aircraft which will provide high speed internet across the globe.

Google have permission to continue tests in New Mexico until July, and are spending more than $1,000 dollars a day to rent out 15,000 square feet of hangar space.
It is not clear when the 5G drone powered network will be made available to public but Google certainly seem determined to make sure these solar powered, unmanned aerial vehicles will connect as much of the world to high speed internet as possible.

This site uses cookies. By continuing to browse the site, you are agreeing to our use of cookies.

We may request cookies to be set on your device. We use cookies to let us know when you visit our websites, how you interact with us, to enrich your user experience, and to customize your relationship with our website.

Click on the different category headings to find out more. You can also change some of your preferences. Note that blocking some types of cookies may impact your experience on our websites and the services we are able to offer.

These cookies are strictly necessary to provide you with services available through our website and to use some of its features.

Because these cookies are strictly necessary to deliver the website, you cannot refuse them without impacting how our site functions. You can block or delete them by changing your browser settings and force blocking all cookies on this website.

These cookies collect information that is used either in aggregate form to help us understand how our website is being used or how effective our marketing campaigns are, or to help us customize our website and application for you in order to enhance your experience.

If you do not want that we track your visist to our site you can disable tracking in your browser here:

We also use different external services like Google Webfonts, Google Maps and external Video providers. Since these providers may collect personal data like your IP address we allow you to block them here. Please be aware that this might heavily reduce the functionality and appearance of our site. Changes will take effect once you reload the page.